Samsung executives wanted to get into audio - but not just another traditional music system or bluetooth speaker. The ambition was to see what the audio equivalent to a Smart TV might be, and I was assigned to explore the potential. The challenge was to blend an authentic hi-fi music experience with advanced technologies. Furthermore, it needed to be portable, and sync wirelessly in multi-speaker arrays. The result exceeded those expectations, and spawned a whole new unrelated category. 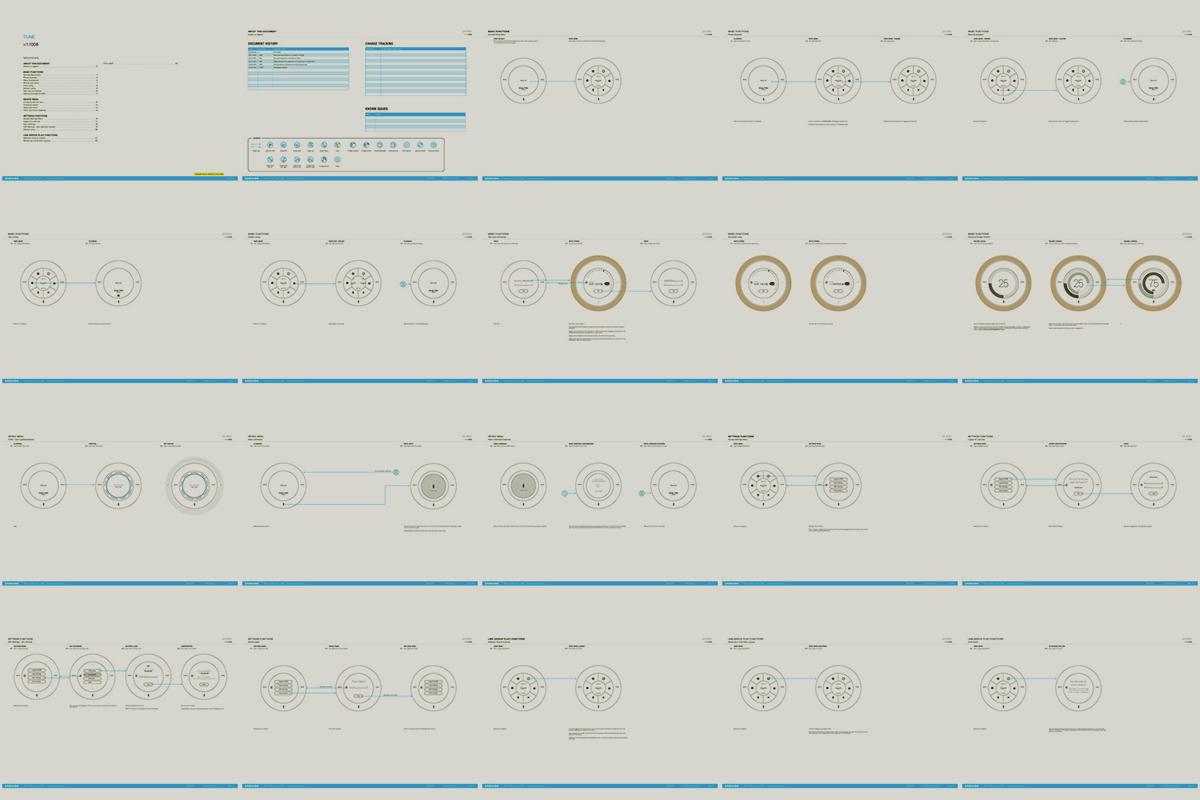 Authentic hi-fi from vintage to modern has one constant -- mechanical dials that just feel awesome to turn. I designed an interaction system around a single dial. The ring is multimodal, controlling functional targets selected on a round touchscreen in the center. This solution provided a broad enough scope to cover all the objectives while also providing an opportunity for a premium, signature feel. 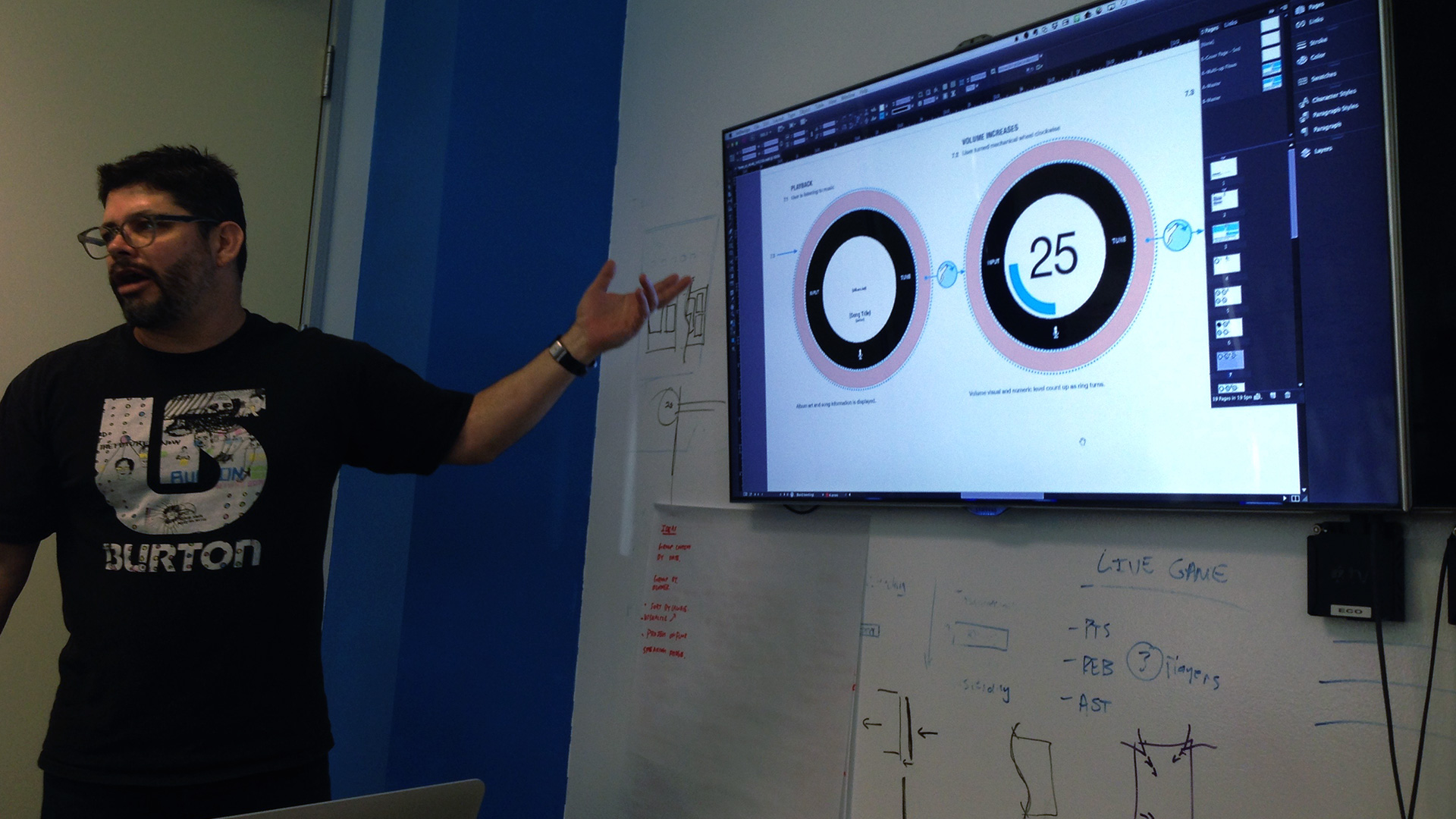 Prior to proceeding into the hardware stages of the project, I invited everyone to challenge and scrutinize the model - which resulted in refinements that made the design stronger.

Samsung's SmartThings team took special interest in the project early on. They were excited about the potential Tune could bring to their platform. As such, they extended incredible level of support to the smart home control features. Tune could control lights, security systems, door locks, and more from the touch interface and the voice control trigger. We even got it to stream in video feeds from security cameras, and obviously serve as an audible alarm when a connected security system became triggered. 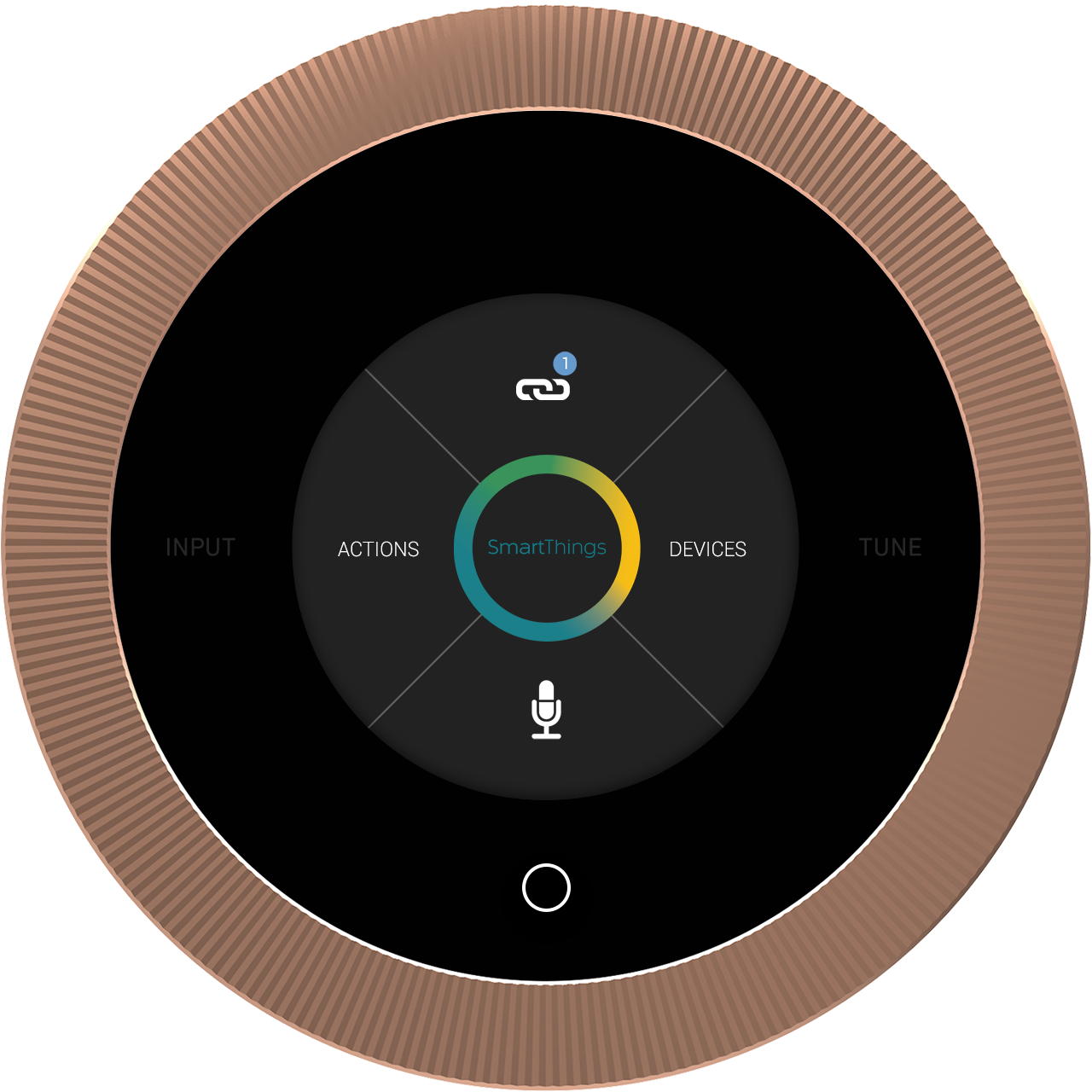 To test the interaction model, I partnered with engineer Venkata Nandanavanam to build a prototype device using a phone and an Arduino with an encoder connected to a machined copper ring. This informed additional refinements to the UI. 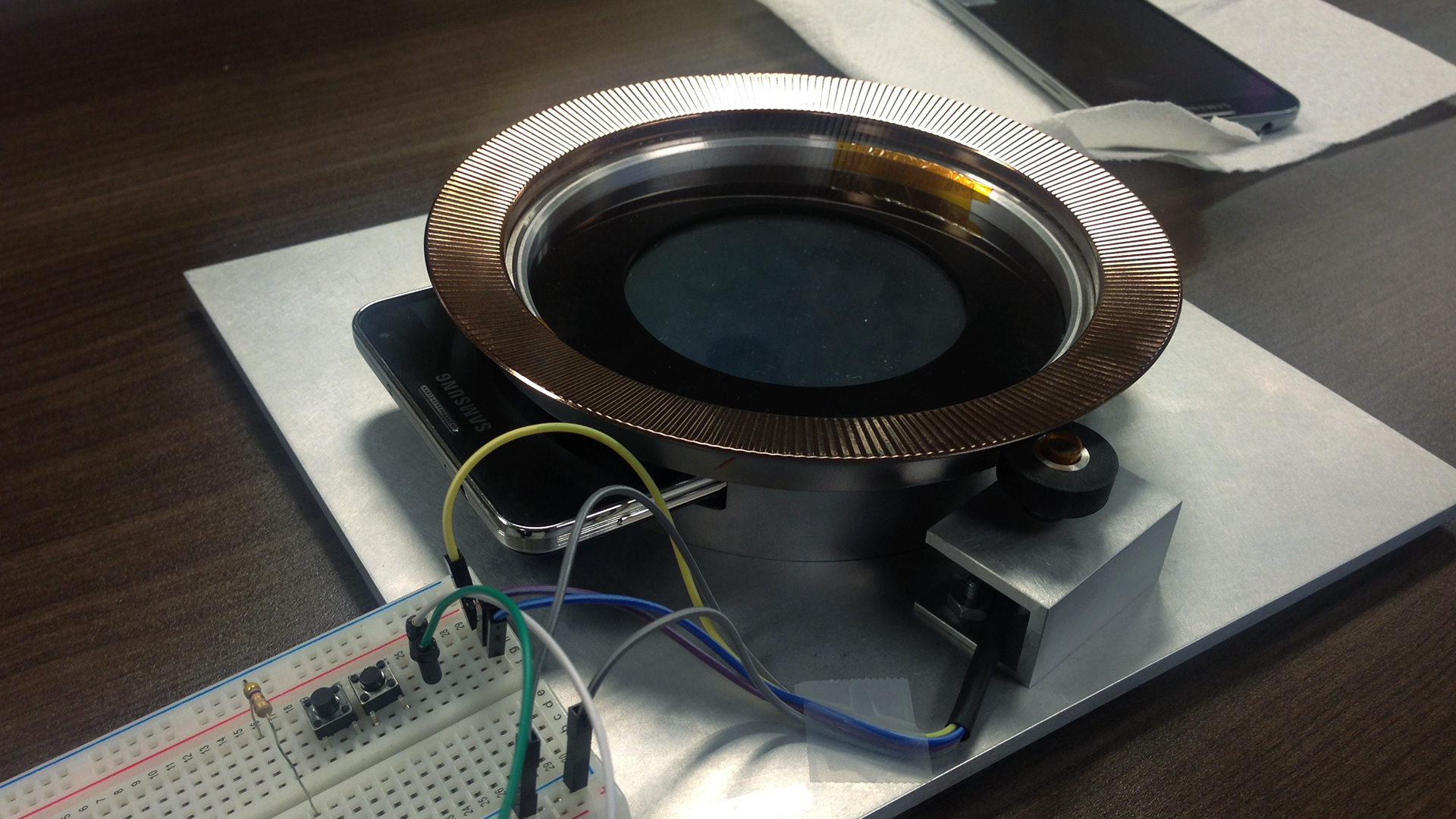 I made several videos like this to illustrate the intended outcomes to the program team.

Unfortunately, one of my favorite ideas was to dial-in a desired tempo for dynamic streaming playback. None of the streaming services we spoke to were ready for something like this yet, so I had to scrap it.

Concurrent hardware prototyping projects covered getting the mechanical wheel just right, the sound quality as premium as possible, and the industrial fit and finish precise down to the fraction of a millimeter.

User testing convinced me it would be a good idea to put tuning, input and voice interface triggers on the front panel rather than the touch UI, which had to be woken up... one less tap for these frequent functions.

Sound design models were 3D printed in carbon and tested rigorously on nights and weekends by yours truly. 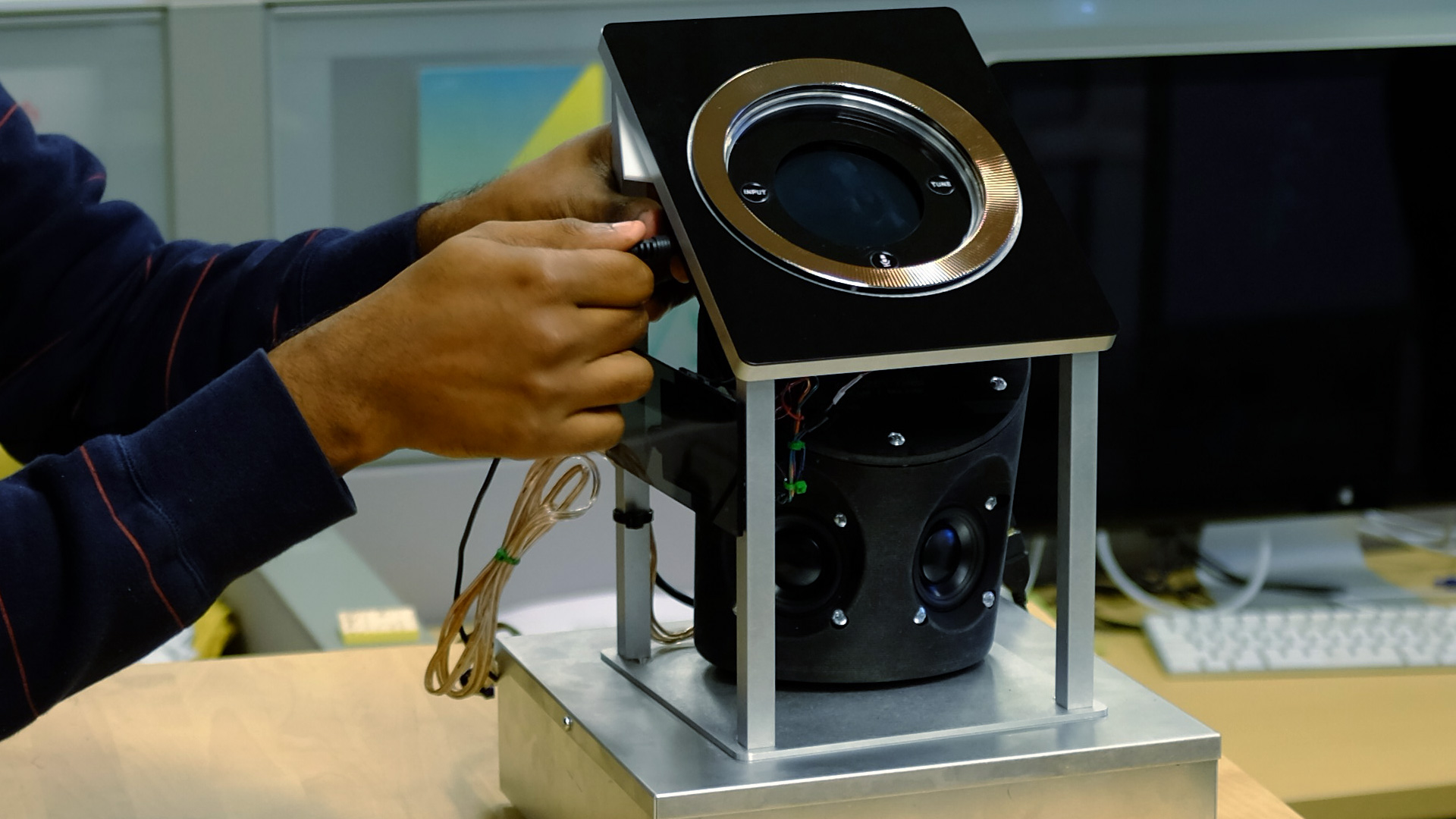 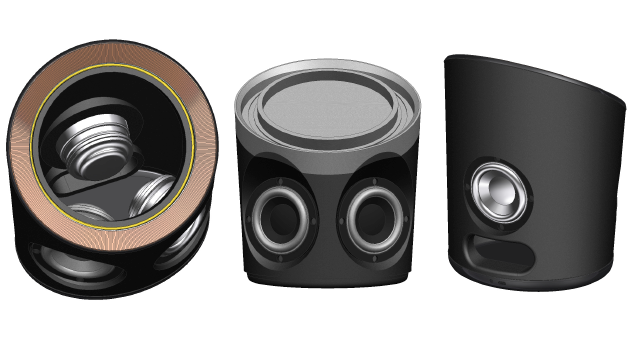 The whole team was pretty blown away by the sound quality of the final engineering spec. It had to be just the right drivers, angles, placement, power, EQ and other technical metrics to sound this good.

The multi-speaker / whole-home audio function is as simple as tap. The first unit tapped creates the group, and subsequent units join that group. Multiple group assignments could be assigned through the settings, but I didn't see any reason to force this by default after research convinced me most customers won't need more than one playback group. 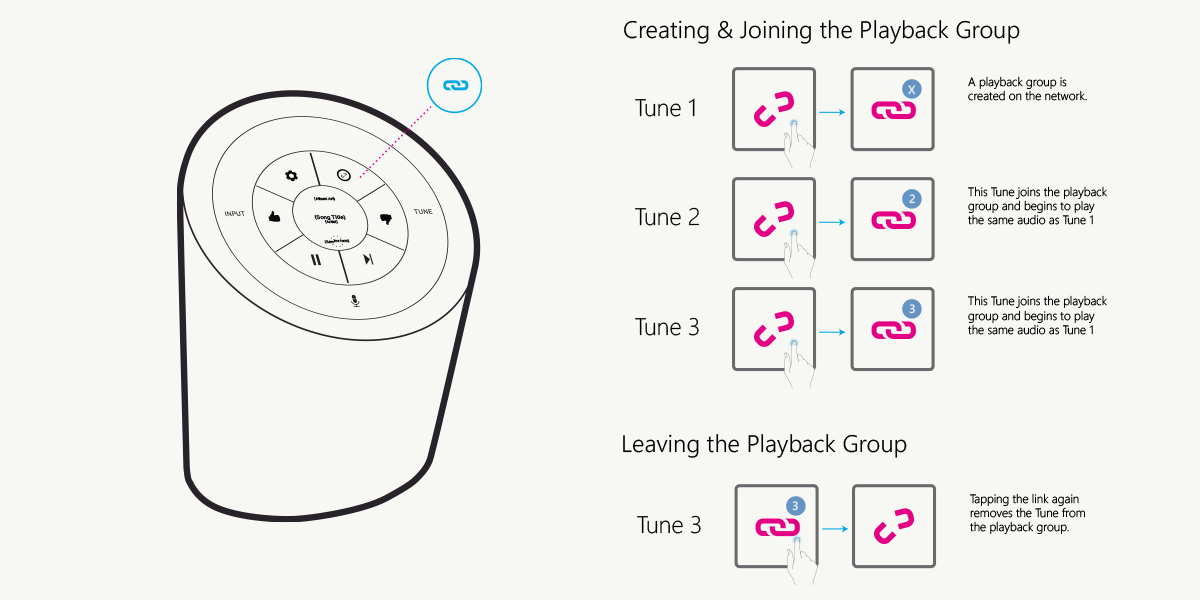 I made a bunch of videos like this to explain the desired outcomes because some of the developers thought the documentation was incomplete due to there not being more than two steps for most functions.

Final industrial design was impeccably detailed work by Steven Tkachuk, who was such an inspiring and supportive design partner on this. We spent many late nights and weekends going over every detail from hardware to software and the emotional experience of the customer. It's an honor to be named with Steven on U.S. Patent USD770416S1 for this work. 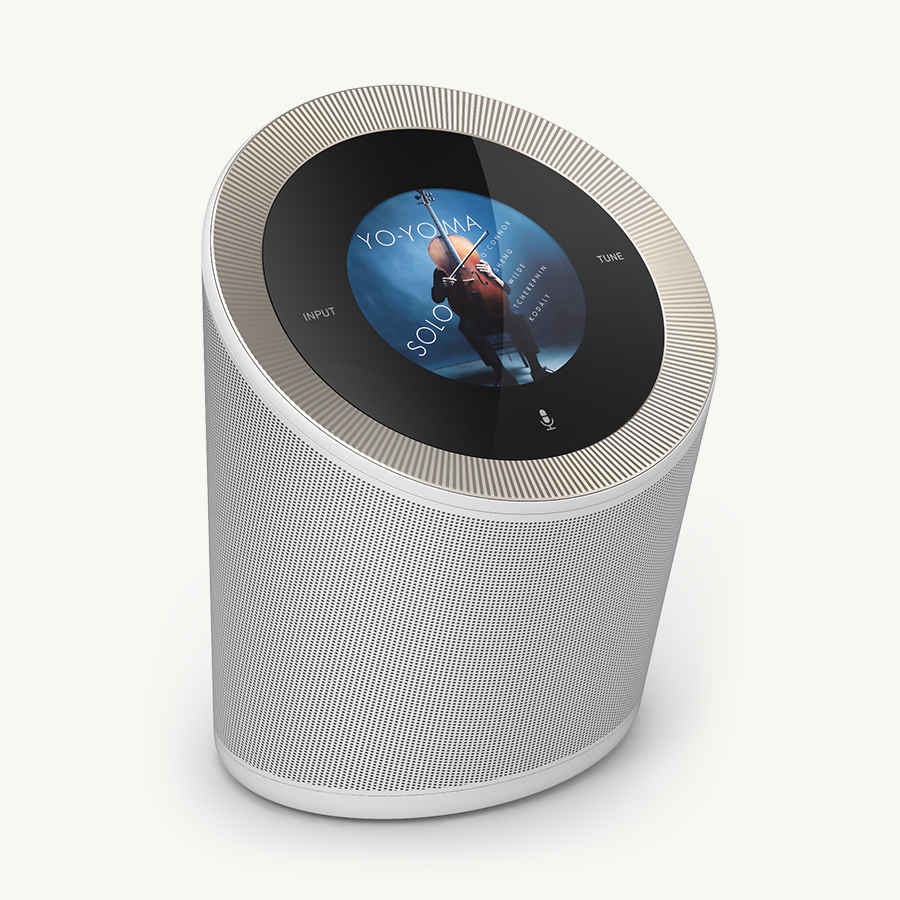 Tune brought our little innovation lab a lot of attention from top executives all over the world of Samsung. Even CEO BK Yoon paid us a visit to our lab in Mountain View, California. The prototypes travelled to design shows and presentations from Korea to Europe. A consumer study of the concept - which is a common test in CE to determine the market viability of a product idea - scored 129 out of a possible 130. Additional models were developed on the Samsung Artik platform and the idea continued to evolve with other labs taking on an iteration of their own. Samsung Electronics engaged us for commercial production; however, the project was indefinitely paused when Samsung acquired Harman Kardon and JBL. 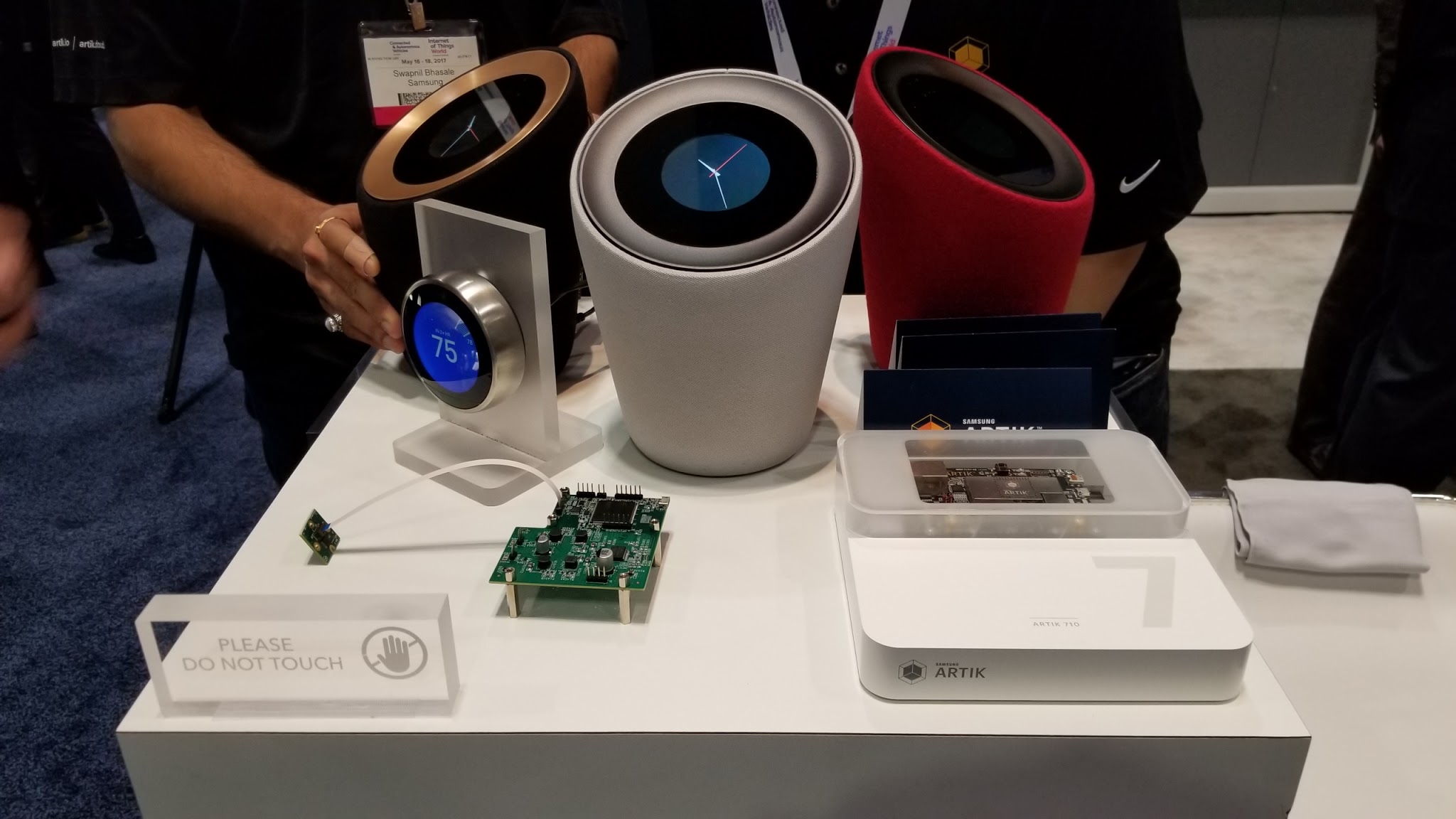 “ James was the project lead for one of the most innovative product concepts I was involved in while at Samsung. I was lucky to work with James, and I hope to have that opportunity again the future.”

One unintentional outcome of the dial UI was that several of the interactions naturally evolved into Samsung's smart watch lineup.

The Tune project materialized a number of innovations from design to engineering that kickstarted a subsequent project called Otto led by my good friend, Shweta Grampurohit, who just took everything to a whole other level. Otto was a tabletop robot that applied a number of cutting edge technologies in voice, computer vision and machine learning to meet ambitious goals in being a true home assistant. The Otto program then evolved into the commercialized Samsung Robot program. 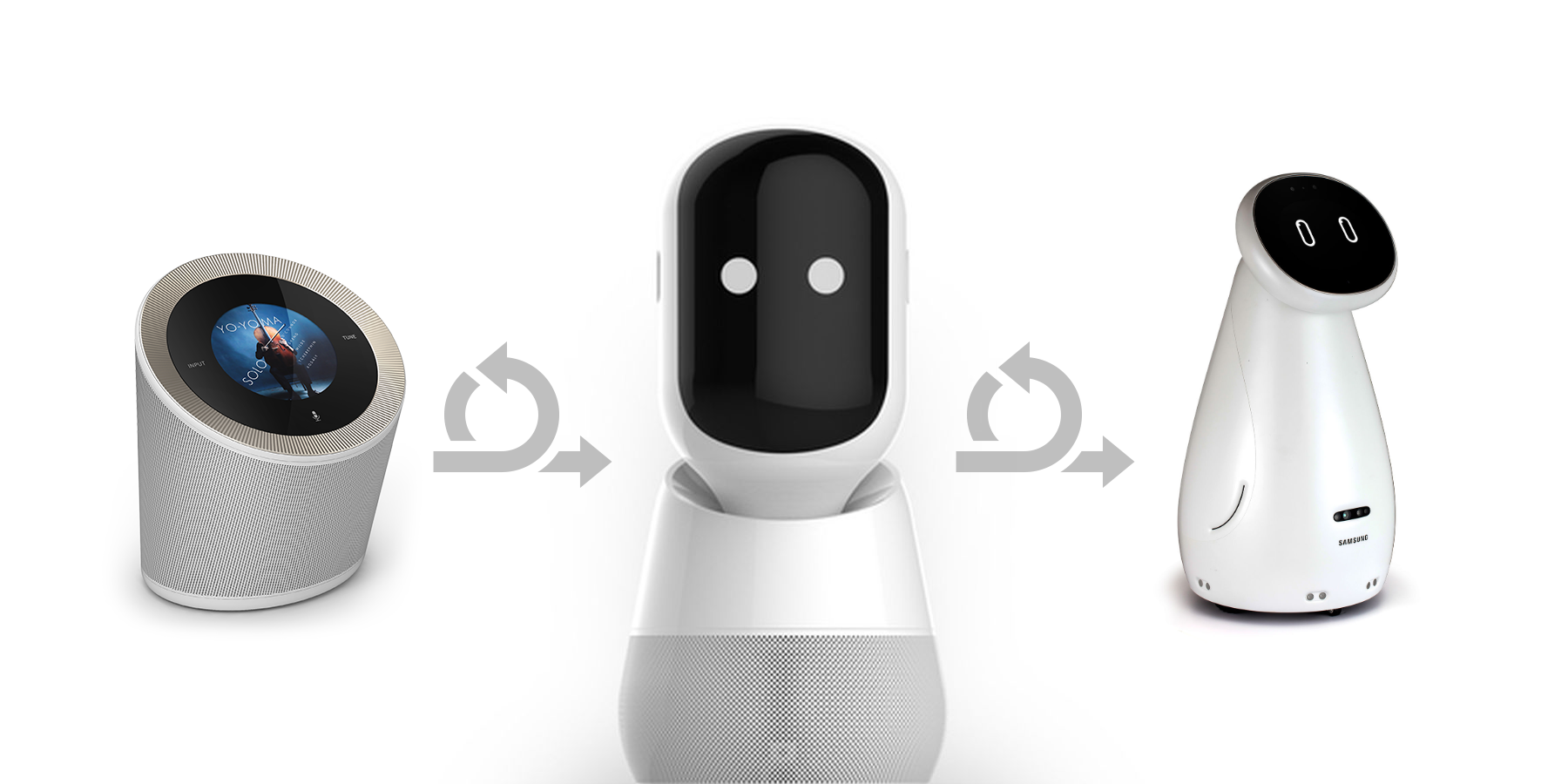 Thank you for your consideration